Today was our last non-park day of the trip. We took today off because we were transferring resorts. We decided to resort hop on the last two days, and Disney makes resort hopping super easy!

All we had to do when were all packed up was call bell services! They arrived at our door a few minutes after we called, and collected our luggage! The delivered it to Pop Century Resort for us! When transferring luggage between resorts the delivery could happen between 1 and 5 pm.  Ours came around 4 and in my mind is such a great service that Disney offers!

So in our original plan we were going to head straight from French Quarter to Blizzard Beach or Typhoon Lagoon, however I received a text by 9am saying that our room was ready at Pop Century.  We decided to use Uber to transport ourselves to Pop Century, rather than wait and transfer busses etc, plus this allowed us to get settled in our new room a little sooner. 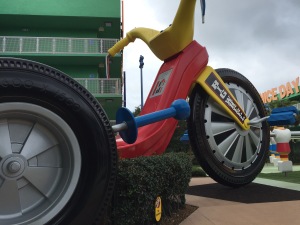 After we were settled in our new room we did head to Blizzard Beach for a little while.  We hit the lazy river and a few of the slides.  It was a fairly cool day for Orlando (around 78-80 degrees) and very overcast, so Blizzard Beach was not packed at all.  We didn’t say long because we did want to enjoy our day of rest

We further deviated from our plans by canceling our reservation for Beaches and Cream and picking up a reservation at Kona Cafe.  We essentially did this because we really wanted to go back to Trader Sam’s Grog Grotto again!  I am so glad that our plans were flexible and that we were able to make that switch!  We had an amazing meal at Kona and followed by more amazing beverages at Trader Sams, and another souvenir glass! 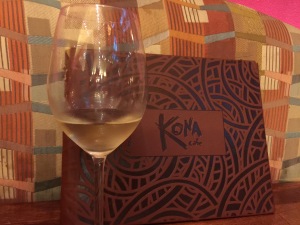 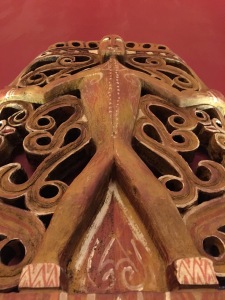 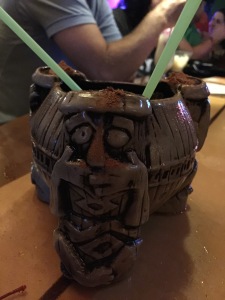 Another great day at Disney!