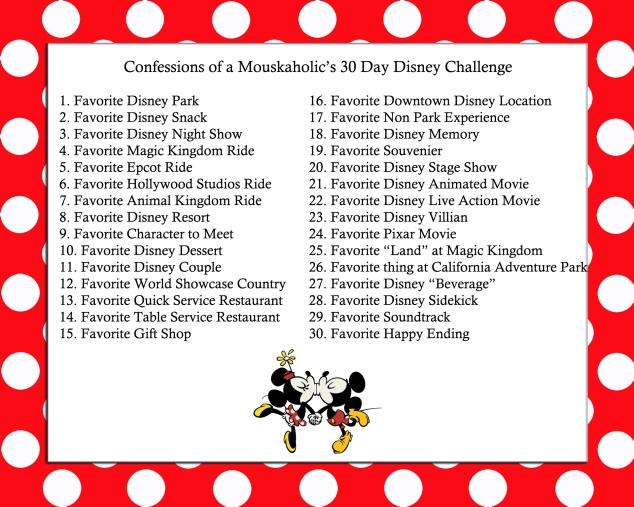 My favorite ride at Magic Kingdom is a REALLY tough one.  There are a lot of great classics, like the Flight of Peter Pan, and It’s a Small World, and even more thrilling rides like Space Mountain, but my favorite is Splash Mountain. (This was a REALLY HARD CHOICE… Space Mountain is a close second) I went with Splash Mountain because of the story telling involved.  This transports you to the cartoon land depicted in the movie Song of the South (which is interesting that Disney built a ride around a movie that had never been released to home video due to its racist overtones).  You enter the world of Brer Rabbit and all of the other “Brer” characters. When I rode it for the first time I assumed that you went up a hill and then came splashing down the other side, I was pleasantly surprised to find that the ride is SO much more than that!  You’ll leave the ride humming Zip A Dee Doo Dah, whether you like it or not! 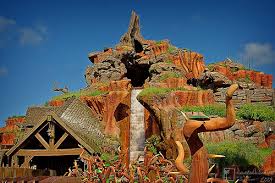 Are you enjoying the 30 Day Challenge?  Be sure to follow Confessions of a Mouskaholic on facebook for more Disney fun after the challenge is over-  https://www.facebook.com/mouskaholic