Here is what Walt Disney has to say about Family Films-

“A family picture is one the kids can take their parents to see and not be embarrassed.  I think that by producing family films we reach the audience which has been dormant at the box office for a long time.  I don’t like downbeat pictures and I cannot believe that the average family does either.  Personally, when I go to the theater I don’t want to come out depressed.  That’s why we make the kind of films so many label ‘family type.’  We avoid messages and have opened up new doors and broadened the field for ourselves by producing human stories, with comedy and drama mixed.”

What is your favorite Disney family film???? 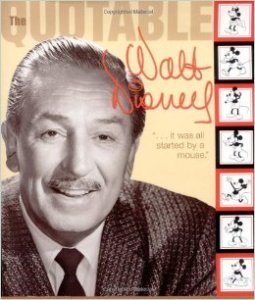