Disclaimer… much of what I’m going to state in today’s blogpost is my personal opinion.  Please bear in mind that this is my blog and my place to share my knowledge of Disney, also I get to share my opinion.  It will not be often that I share my opinion, but today is one of those days.

Fact– The Maelstrom Ride in Norway at the World Showcase is being replaced with “Frozen” themed attraction.

Fact- The last day that the Maelstrom ride will be in operation is October 5th, 2014

Opinion- I believe that when Epcot created the world showcase that the intention was to “showcase” different cultures from around the world.  Disney did an amazing job at keeping these countries authentic as well.  The materials used to build the pavilions were brought in from that country.  The craftsmen who built the pavilions were skilled laborers from that particular country.  The items sold in the countries are imported, and even the cast members who work in the countries are natives of that country.

With all of that being said, I wish that Disney would have stayed true to keeping the world showcase “pure.”  I love walking through the world showcase and being transported to a different country.  I believe that by adding the Disney movie theming in the World Showcase that they’re missing the point.  Maelstrom may be a little bit outdated as a ride, and for heaven’s sake we all know that “The Spirit of Norway” film at the end of the attraction was outdated.  I will agree that the ride and film could have used some updates, BUT I think that making it a Frozen attraction is completely out of line what the World Showcase stands for. 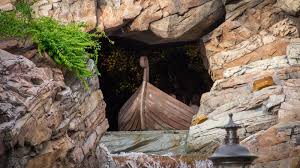 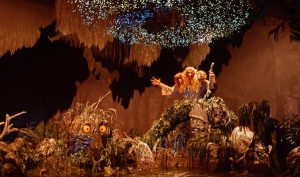 On our most recent trip this summer there were hints of Frozen in the gift shop and the “Old Stave Church,” and to me that was tolerable. I didn’t mind that there was merchandise, and I can understand Disney giving the kids something in the country that their favorite movie is set in.  But to me I almost dread going to the Norway Pavilion in 2016.  I now know that there will be a ridiculous line to meet Anna and Elsa, and I know that the ride isn’t going to even remotely be about the history and culture of Norway, but about another Disney movie.  Disney was thinking about the $$$ not the preservation of one of the most brilliant sections of their parks.

I won’t be offended if you disagree with me, as long as you’re not offended by my opinion 🙂

3 thoughts on “Maelstrom being replaced with a Frozen Attraction”